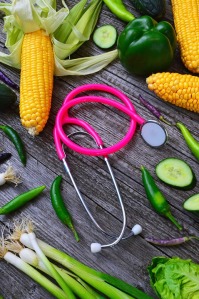 Do you feel guilty if you do not eat healthy foods? Most of us don’t but there are people who now comprise a group exhibiting a new eating disorder called orthorexia.

The following article by Mark Bittman may put this eating pattern in a reasonable perspective. The Bottom Line? Enjoy food but make healthy choices (most of the time). This philosophy as stated by Bittman is refreshing – Seems to resemble the traditional diet of the French – the Good Life Savored.

“Eating well is an integral part of their national heritage. To say the French know their food is an understatement and it has been said that even their children are serious “foodies” with two-hour multi course lunches (not uncommon in France)” – all this without guilt. Contrast that with the typical American with a quick drive-through grabbing a burger with fries and eating them in the car with some snacking throughout the day.  The French also maintain their weight with little dieting, calorie counting or snacking.” They simply say: If you eat too much one day, cut back the next day. Pretty simple advice but it seems to work (at least for them).

Note: Obesity rates in France are among the lowest in Europe, but have been increasing steadily. The increase has been attributed to an increased adoption of the Western diet or Standard American Diet.

In France, almost 40% are overweight (including obese). You can contrast that with the U.S. at 70% (overweight and obese).