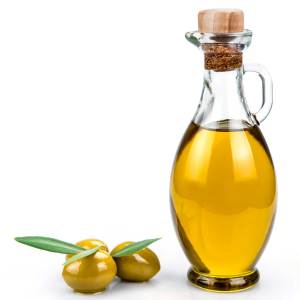 When referring to the recommendation of “eat healthy fats” which one is the best choice? The following article makes a good deal of sense when faced with the array of oils in the supermarket. I agree with its conclusion.

Olive oil has gained its fame with the advent of the Mediterranean Diet and the prevalence of its use in Mediterranean countries, especially Greece and Italy. Olive oil plays a major role in the diets of the majority of the Blue Zone cultures that boast of their longevity and as a part of a group of the longest living cultures on the planet. Tons of research supports the statement that olive oil has some serious health benefits.

So what is in olive oil? And what in the heck does it do for us? The primary fatty acid found in olive oil is a monounsaturated fat called oleic acid and from research is found  to be a heart healthy oil. Olive oil is very high in phytonutrients called polyphenols which are potent antioxidants.

The problem is that olive oil is not all alike. Commercial producers have often promoted inferior or even imitation products that on the label says olive oil but has questionable benefits. So what is the extra virgin hype?  First of all, it is not refined and processed as the regular refined oil that is harvested by machine and processed with heat – this damages the polyphenols responsible for its health benefits and washes them away since they are water-soluble.

The extra virgin olive oil is often harvested by hand and separated without the use of heat, hot water, or solvents and is primarily left unfiltered, which preserves the delicate polyphenols. The first pressing produces the “best stuff,” known as “extra virgin” olive oil. Seek out the best – it’s worth it and your heart will thank you.

One study compared two groups of people with high blood pressure. One group was given sunflower oil and one group received extra virgin olive oil. In the olive oil group, blood pressure was decreased by a significant amount; it also decreased the need for blood pressure medicines in this group by a whopping 48 percent.

Results of a large clinical trial published in two prestigious medical journals, Journal of the American Medical Association (JAMA) and the New England Journal of Medicine demonstrate that a diet supplemented with extra virgin olive oil provides other health benefits.The PREDIMED study enrolled adults age 55 to 80 who were considered at high risk for cardiovascular disease based on various factors.

Participants were assigned to a Mediterranean diet, one with supplemental extra virgin olive oil (at least 4 tablespoons) and the other supplemented with mixed nuts. The third group was assigned to a control, low fat diet.

The study’s authors report that this was the first human trial to find a beneficial effect of a dietary intervention on breast cancer risk. Together, these results suggest that a Mediterranean diet with supplemental extra virgin olive oil is protective against both cardiovascular disease and breast cancer in older adults with existing risk factors.

A 2013 study showed that olive oil contributes to satiety and so helps with weight loss. FYI: Satiety is a feeling of fullness of having enough to eat) In a German study, subjects who ate yogurt laced with olive oil had higher satiety compared to those eating yogurt containing other fats. They also had higher levels of serotonin (a brain neurotransmitter) and improved mood. The olive oil group lost weight, while the other groups actually gained weight over a three month study.

Use olive oil as your main fat for cooking (such as sauteing and roasting) and in salads. Store olive oil in a cool dark area, as it is susceptible to oxidation as many oils are.